Ensuring safety and security is essential for society’s well-being and requires qualified specialists and reliable technologies. Avandsis Group offers you planning, development, implementation and optimization of solutions to build a new or upgrade an existing security system of buildings of any size and complexity. Main protection objects of the designed security system are people, information and material valuables. Due to the large experience and application of the latest technologies as well as the ability to analyze information about real threats and their consequences, the security systems provided by Avandsis Group are multifunctional, effective and ensure required level of security.
We offer the latest security systems of:

Ensuring cybersecurity when all processes are automated and connected to a single network has become critical. Cyberthreats are not a new phenomenon, but over the last decade the significance of risks associated with them has multiplied and industrial cybersecurity risks have emerged. In the modern world, the requirements for automated process control systems have changed, they can no longer remain isolated from the outside world. Particular attention should be paid to the increasing role of automation solutions within the Industrial Internet of Things (IIoT) concept.
The motivations behind cyberattacks are diverse: financial benefits, desire to harm competitors, political pressure and other. Sometimes cyberattacks are committed for personal reasons by dissatisfied employees or contractors. Indeed, the damage from unauthorized penetration is significant. It is not only unplanned production stops and equipment breakdowns, but also serious reputational risk, leakage of confidential information, threat to life and health of people, an increased risk of accidents and even technogenic disasters.

Avandsis Group offers services in design and implementation of video surveillance system for both industrial and civilian facilities. The main advantages of the system are: 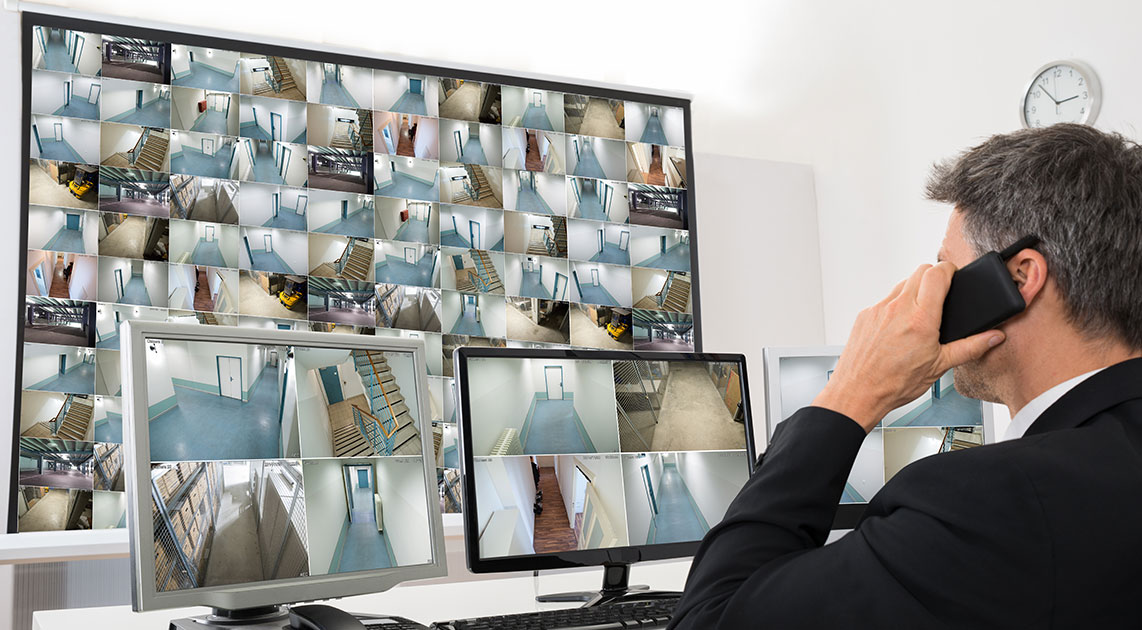 Highly qualified specialists of Avandsis Group have a large experience in design and installation of video surveillance system and consider all of the requirements for arrangement of the video surveillance system of facility. We carefully select the required number of CCTV cameras, design the location of cameras in order to avoid "blind zones" and create partial overlap of observation zones to obtain a more accurate image of the entire protected territory. To ensure effective security, video surveillance system is integrated with other security systems.
We install digital and analog, wired and wireless CCTV cameras of any design (PTZ, dome, with housing, etc.) for both outdoor and indoor use. The choice of suitable cameras depends on the project task and surrounding conditions (explosion-proof cameras, cameras with a housing protected from dust and moisture, anti-corrosion and anti-vandal cameras, etc.).
For most industrial facilities we offer the use of thermal CCTV cameras that not only protect the industrial zone from unauthorized intrusion, but also partially serve as a fire and process safety system providing information on equipment overheating, damage caused by freezing, the presence of open fire in the area, etc. We also offer handheld thermographic cameras and observational thermal monoculars as well as body-warn cameras for security guards to strengthen the security system of any industrial facility.
Avandsis Group offers one of the leading security solutions both for separate protected facilities and for a whole set of different facilities and zones, an implementation of a face recognition system that automatically identifies a person using disparate CCTV cameras and specially developed algorithms to process and compare data with existing databases.
We present a wide range of reliable video surveillance cameras and components from the world's leading brands such as Hikvision, PELCO by Schneider Electric, Bosch and others.

Access control system (ACS) as part of an integrated security system along with video surveillance and security alarm is one of the most effective tools of protection against unauthorized entry of violators into protected territory and controlling access of employees to some zones and premises. The access control system provided by Avandsis Group ensures a high level of security of personnel and material valuables as well as an increase in the profitability of the enterprise.
The main possibilities and advantages of the designed ACS include:

We design ACS systems depending on the type and intended use of the protected facility and use the necessary equipment and components from the world’s leading manufacturing companies: 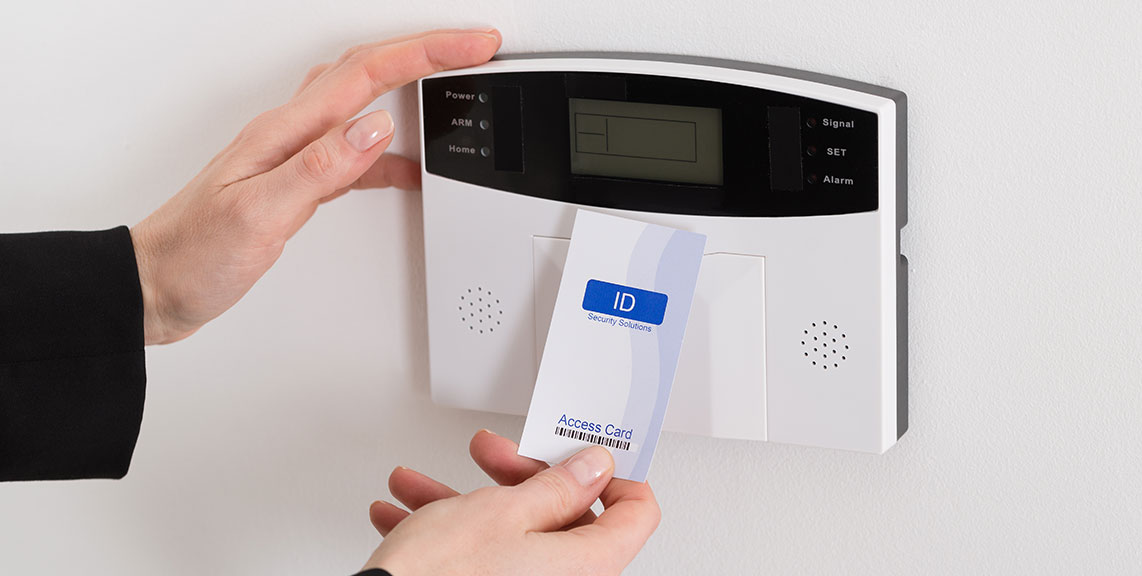 The system of perimeter security and protection is a complex of engineering solutions that prevent the intrusion of violator into protected territory, damage to life and health of people, theft of material valuables ​​from the building or facility, etc.
In order to prevent various threats, Avandsis Group specialists design optimal perimeter protection and security systems that meet the set protection tasks. We select advanced equipment: sensors, antennas, detectors, power supplies, actuators, controllers and software from reliable manufacturers such as Magos, RBtec, Ubiquity, etc., and carefully analyze all the necessary factors and conditions of the protected territory: weather conditions (temperature, sun, wind, rain, snow), close location to habitats and migration routes of wild animals and birds, etc. When designing security systems, we also take into account and exclude the possibility of triggering a false alarm. 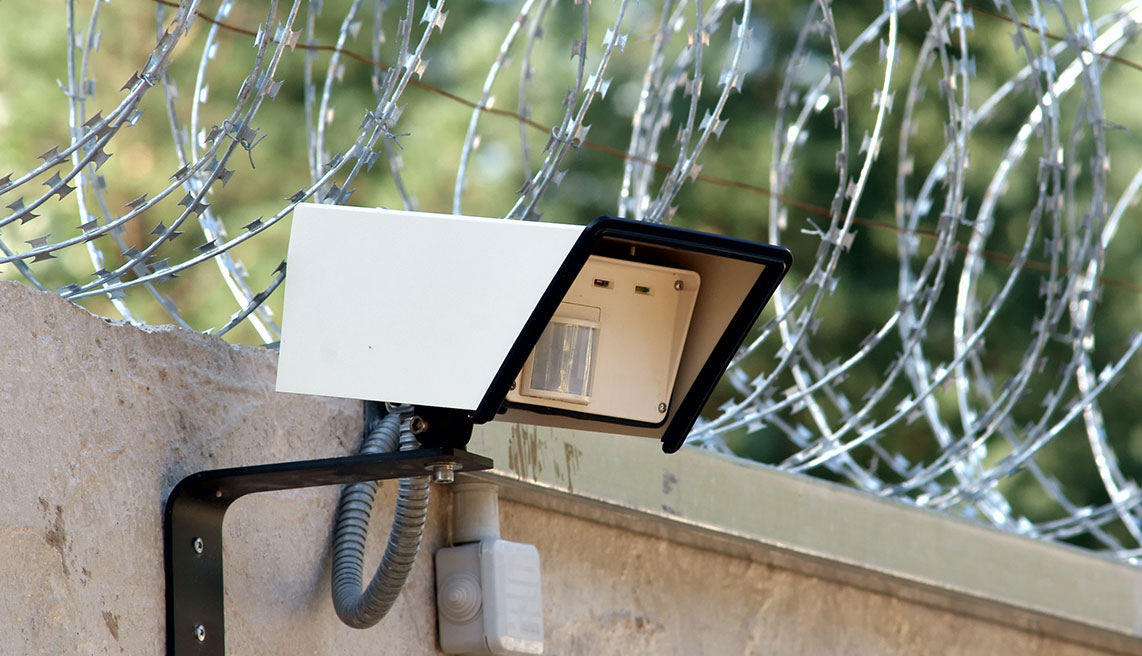 Waterside protection and security systems are used to protect the water area and related facilities and include underwater and water surface detection systems of small vessels and swimmers-saboteurs. The designed systems are able to detect, bear, track and detain the violator in underwater and above the water. The system includes:

Avandsis Group implements design, installation and maintenance of security and emergency alarm as well as its integration with voice announcement and evacuation systems, access control, perimeter protection and CCTV.
The installed alarm system allows to prevent unauthorized access to a room or building and to trigger security sensors sending information to the control panel, providing protection and security of the object. In addition to the possibility of detecting an intrusion attempt, the system allows you to record the time and place of intrusion.
We also install emergency buttons in various institutions and places of mass gathering, for instance cafes, banks, shopping centers, etc. When pressing a emergency button, the signal is transmitted to the security point and the police forces are automatically called in, thus, ensuring the protection of both personnel and visitors. The design and installation of this system is carried out by our professionals who guarantee reliable operation of emergency alarm equipment and the whole system.
We install different sensors depending on the response factor:

Our qualified specialists design a security and emergency alarm system according to all requirements of fire safety, ensuring minimization of possible damages in case of accidents. To build the system, we use certified modern equipment from world’s leading manufacturers such as Schneider Electric, Bolid, Bosch and others.

Sound announcement and evacuation control systems are important to build security system of any modern facility. Qualified engineers of Avandsis Group prepare individual solutions in sound announcement for every facility and offer best equipment for their implementation. The main task of the sound announcement system is to notify people about the emergency (emergency notification) on-time as well as the safe and rapid evacuation ways to prevent damage to people lives and health
The announcement system is usually designed for daily use, for instance, broadcasting background music, advertising, sports and service messages, however in case of an emergency people are notified by voice/alarm and visually.
We design and install several types of announcement systems: manual and automatic, wired and wireless, single-zone and multi-zone, single-channel and multi-channel, local and centralized, analog and digital. We offer modern sound and voice announcement equipment from well-known brands such as Bosch, iTC, Polycom, etc. in accordance with individually designed projects:

We install fire alarm system using a set of technical means for timely detection of a fire at the protected territory and implement its automation, ensuring the immediate transmission of signal to the security control panel when fire is detected as well as the launching of a fire alarm and automatic fire extinguishing, smoke removal and other equipment. We program fire alarm system with the ability to transmit audio, voice and/or flashing light signals to individual floors or into a whole building depending on the requirements of fire security system of every facility.

Distinctive features of the designed fire extinguishing systems are:

Avandsis Group has been licensed by local regulatory authority bodies to perform installation, commissioning and maintenance of fire protection systems. Specialists of the company have a high professional level, huge practice and experience in design and building of fire extinguishing and smoke removal systems and use reliable products of world-known manufacturers.

To ensure safety of the cities, Avandsis Group offers "Safe City" project based on video analytics software package solutions that help to detect emergency situations, promptly respond and take measures to eliminate their consequences.
"Safe City" monitors operation of all urban systems, ensures safety of all residents and urban infrastructure, receives and archives information about events and provides received information to involved security services.
The objects of monitoring are:

Within the framework of the "Safe City" project, Avandsis Group designs and installs outdoor video surveillance systems and establishes a central security control point. The complex information system is capable of accumulating, grouping and analyzing various data received from multiple sources of the system.
The main goals and objectives of the "Safe City" project are:

In order to ensure safety of cities, large settlements and strategic facilities, Avandsis Group offers an implementation of a face recognition system that automatically identifies a person through disparate CCTV cameras and specially developed algorithms for data processing and comparing it with an existing database:

Advantages:
Suitability: camera automatically takes photos without operator control;
Visibility: detection of personality is carried out without the need to refer to specialists;
Speed: multiple faces are captured and analyzed in real time;
Convenience: the task is performed using simple video surveillance cameras.

Avandsis Group offers new integrated solution to protect critical infrastructure ― a new generation of "all-in-one" platform to ensure electronic security, cybersecurity and operations management.
Only one measure that receives all data about incidents and threats from several sources combines it and uses advanced analytics to show the real-life situation.

The advantages of this solution are: 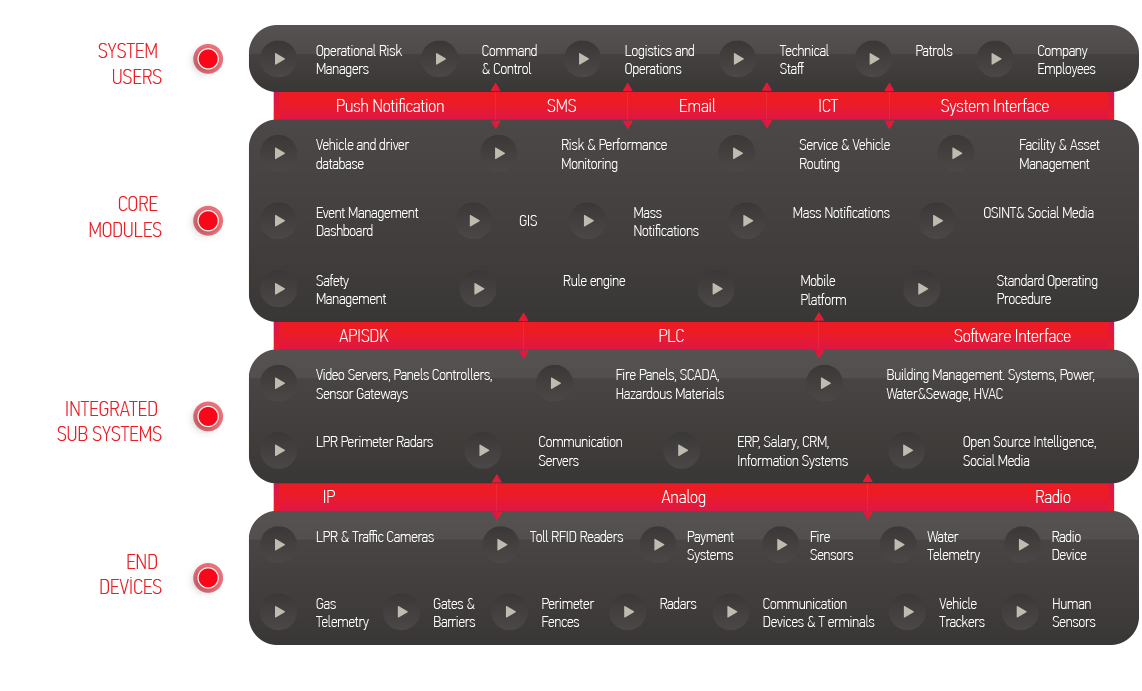 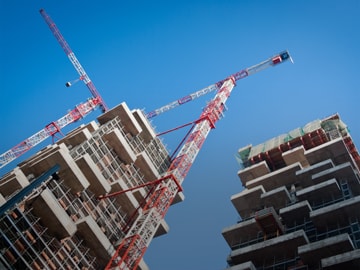 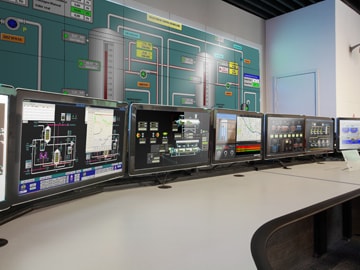 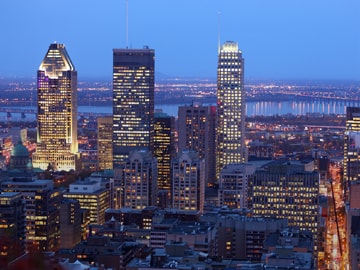 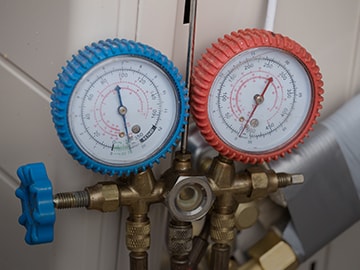 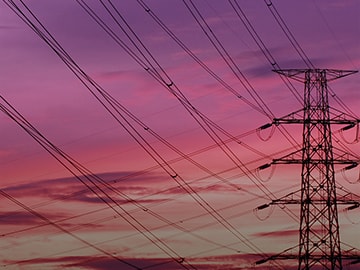 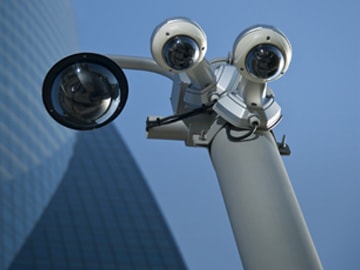